My summer vacation through Scandinavia with my Host Family.

After returning home to the Netherlands from Eurotour, I began my summer vacation. I was so insanely lucky to be going on a trip through Scandinavia with my host family for the holidays.

Our first stop along the way there was Bremen, in Germany. We spent a day in a science centre a lot like Questacon (for my Canberra kids).

(Turns out these bikes are actually really hard.)

The following day we visited the botanical gardens of Bremen and had an awesome day in another scientific centre focusing on plants and animals.

We left Bremen and made our way to Kolding in southern Denmark the next day. We spent two nights in a cozy Danish cabin. 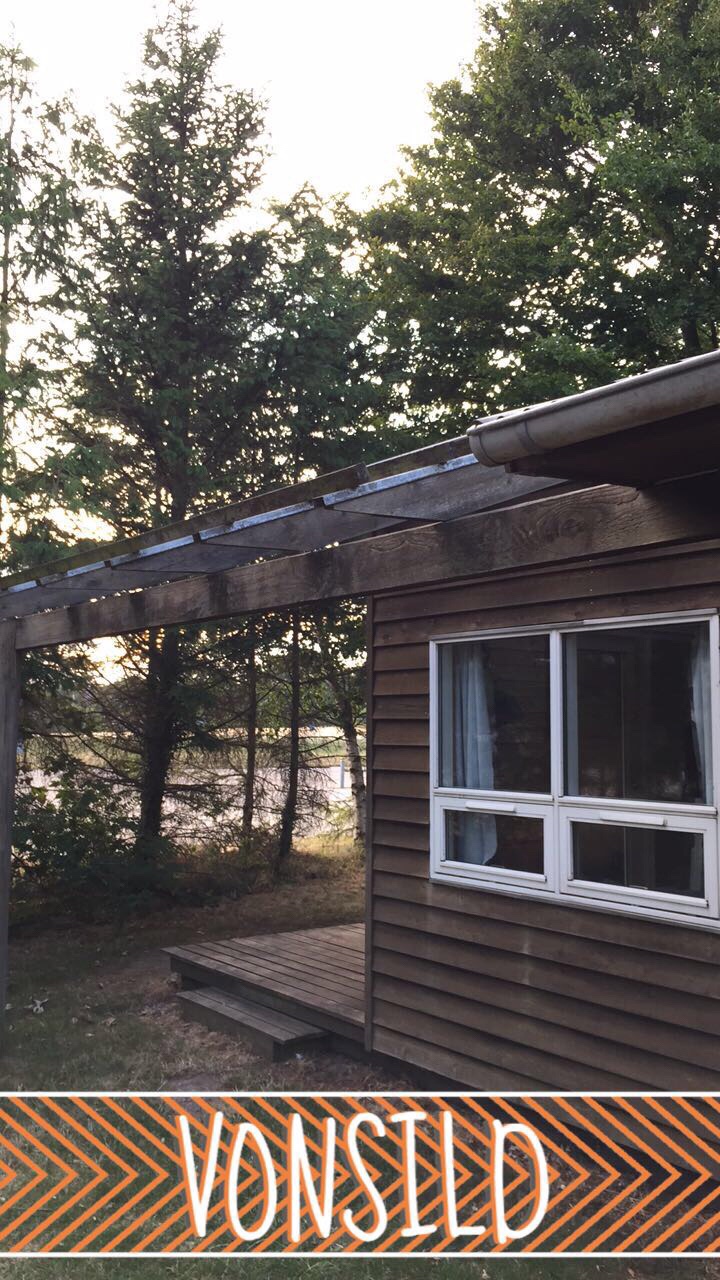 We spent our first day on a beach close by and visited a mudflat nature reserve on our second day.

We headed further north and spent a few days in a beautiful rural area on the coast. We spent our evenings relaxing on a great beach we found, enjoying the late sunsets. 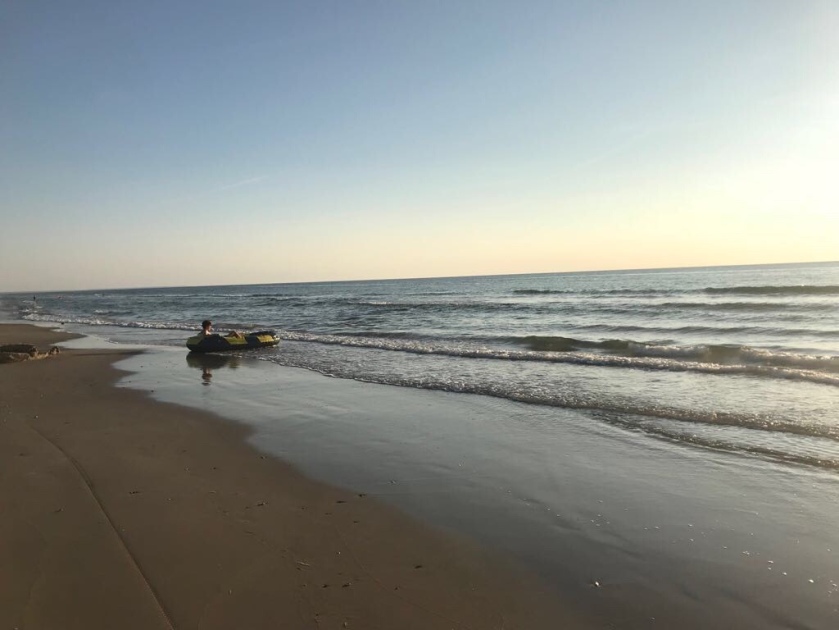 (I may have made an extremely weak attempt at sailing back home.)

We also visited a theme park in the area while we were there, spending most of our time in the water section to escape the searing heatwave. And some rollercoasters too of course. 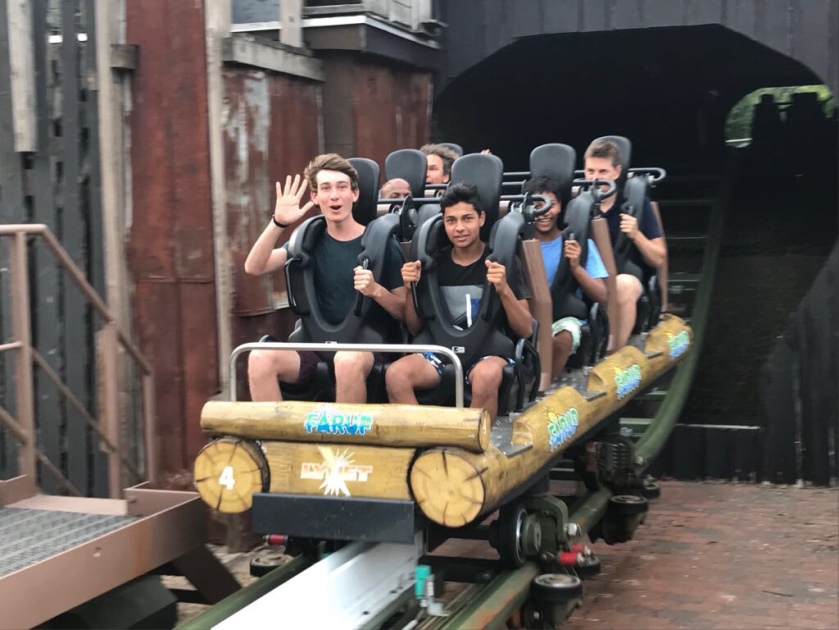 Our time in Denmark came to an end on Sunday afternoon with a ferry ride to Gothenburg, Sweden.

After arriving in Sweden we then drove three hours to my host families’ relatives’ house in Oslo, the capital of Norway.  Along the way, I saw an original Swedish Ikea store, and we arrived in a colourful Norwegian neighbourhood late at night.

On Monday we left for Lillehammer, a town north of Oslo which hosted the Winter Olympics in 1994. The drive took us through pine forests and over fjords. 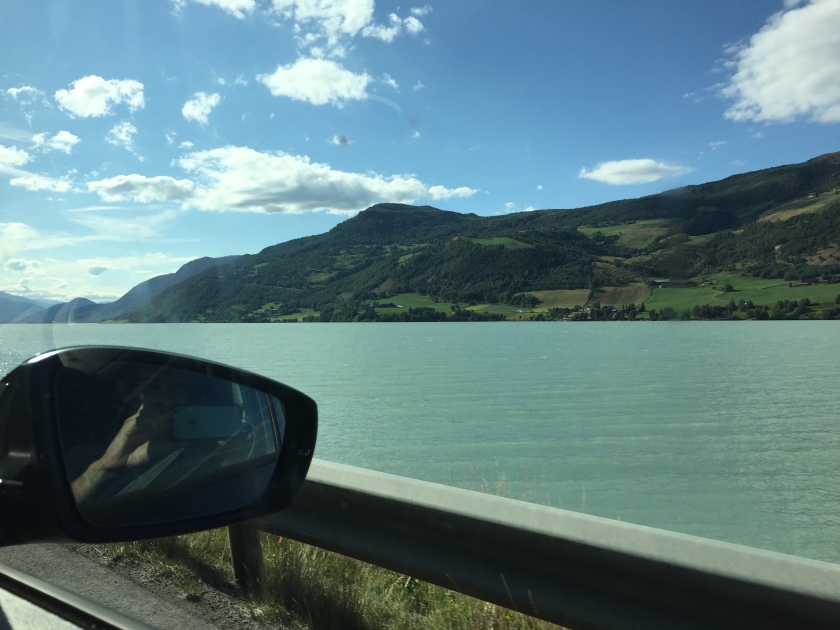 Our campsite outside the city was right beside a beautiful river and, in the afternoon of our day in Lillehammer, we walked up a mountain outside the campsite.

That evening we also got a much-needed downpour. Europe’s been way too dry recently, and we didn’t really mind the soaking.

The day after, we headed to the town of Bismo, and along the way stopped to see an awesome traditional stave church. I also saw my first moose!

After our first night, I went for a walk to a mountain lookout with my host Dad, where we picked tons of raspberries and blueberries.

At the top of the mountain, we found some ruined buildings.

That day we headed to the Geirangerfjord, one of the most famous fjords in Norway. The view was insane, and it was an awesome day. We stopped along the way at a glacier and spent hours playing with the kids and just enjoying the scenery. 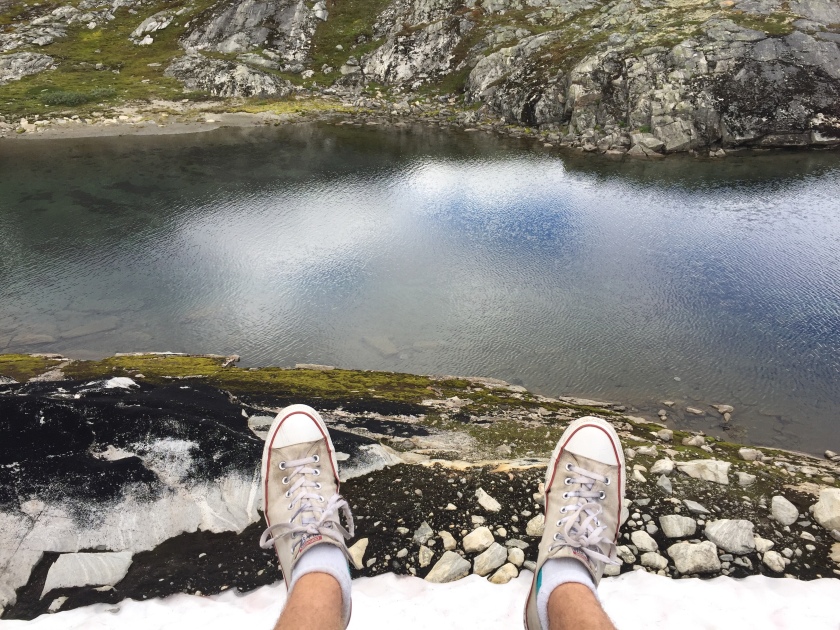 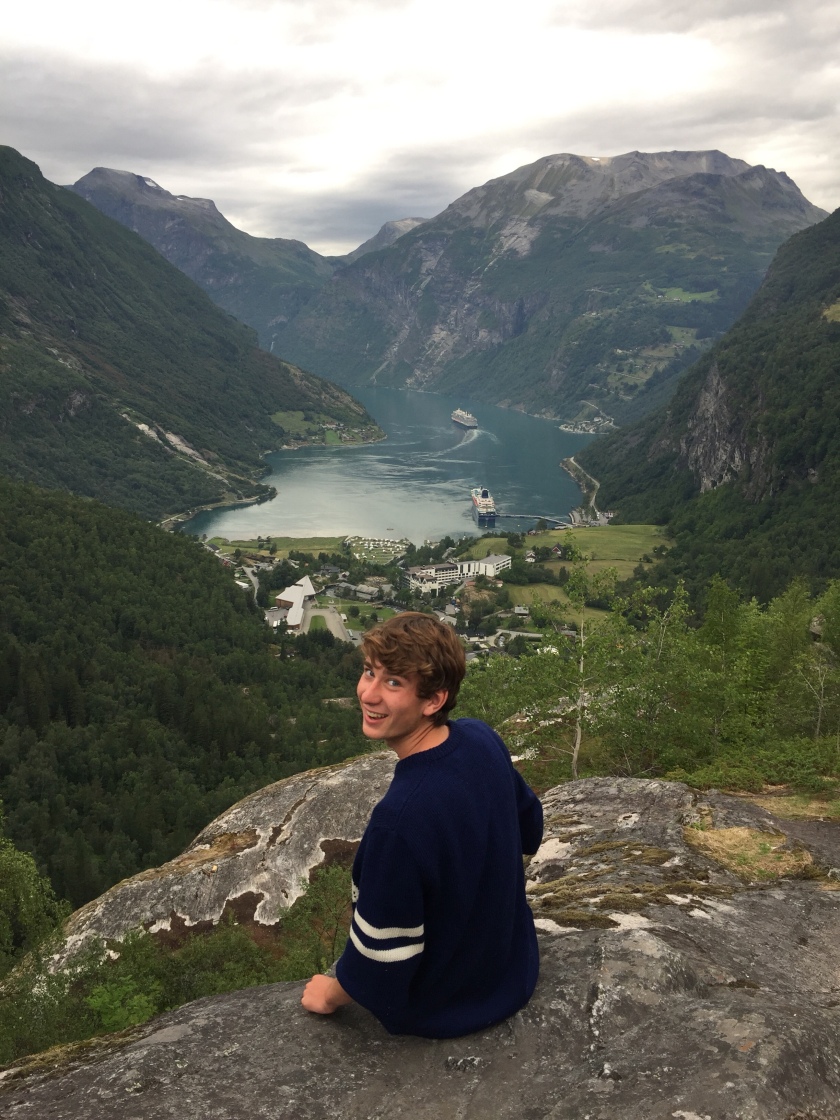 From the Geirangerfjord, we headed to our last stop, a holiday house with an amazing view a few hours north of Oslo. On the way there we stopped again to spend some time amongst the scenery. 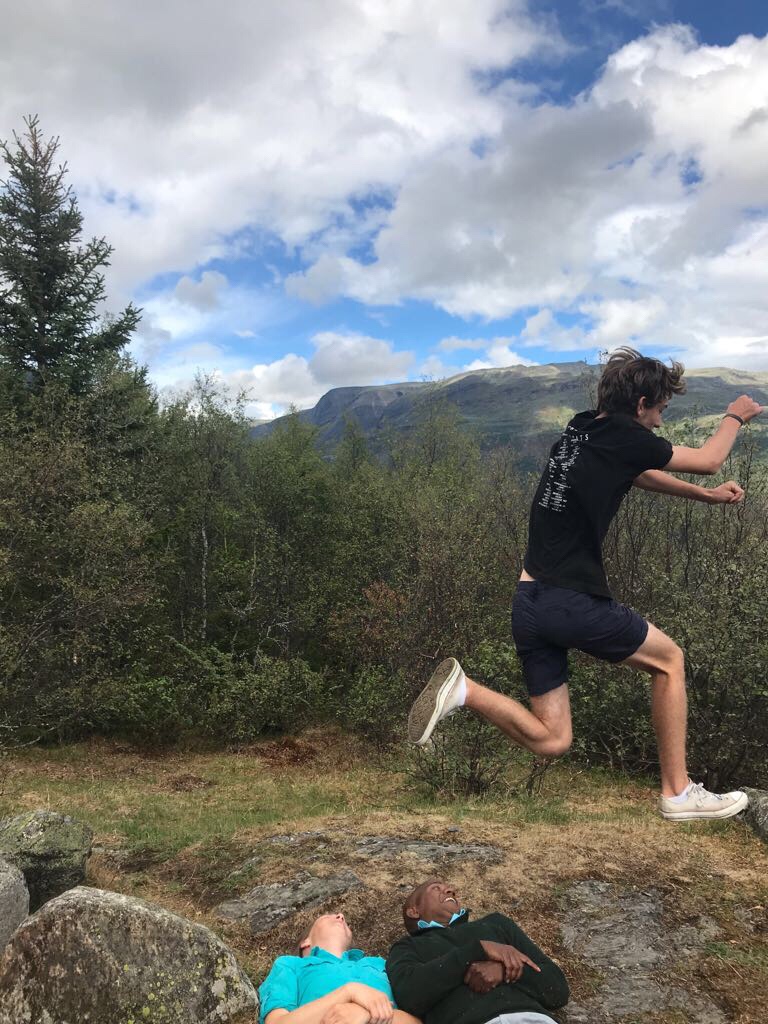 (Host parent jumping should be a professional sport.)

The town we stayed in had a rune stone on display, which was something I’d been wanting to see for a while. There’s a bunch of them scattered throughout Northern Europe, huge engraved stones dating back to the Viking age.

I actually became sick the day before, so we packed up the next day and headed back to Oslo. We spent a great 4 days there, and I met the extended family and spent the day exploring the city alone. I visited the royal palace, the historical museum, a fort and the opera house on the harbour, which was really cool.

I visited the Viking Ship Museum on our last day there with one of my host brothers, which was super interesting and impressive. The museum displays three full Viking ships and a collection of artifacts. 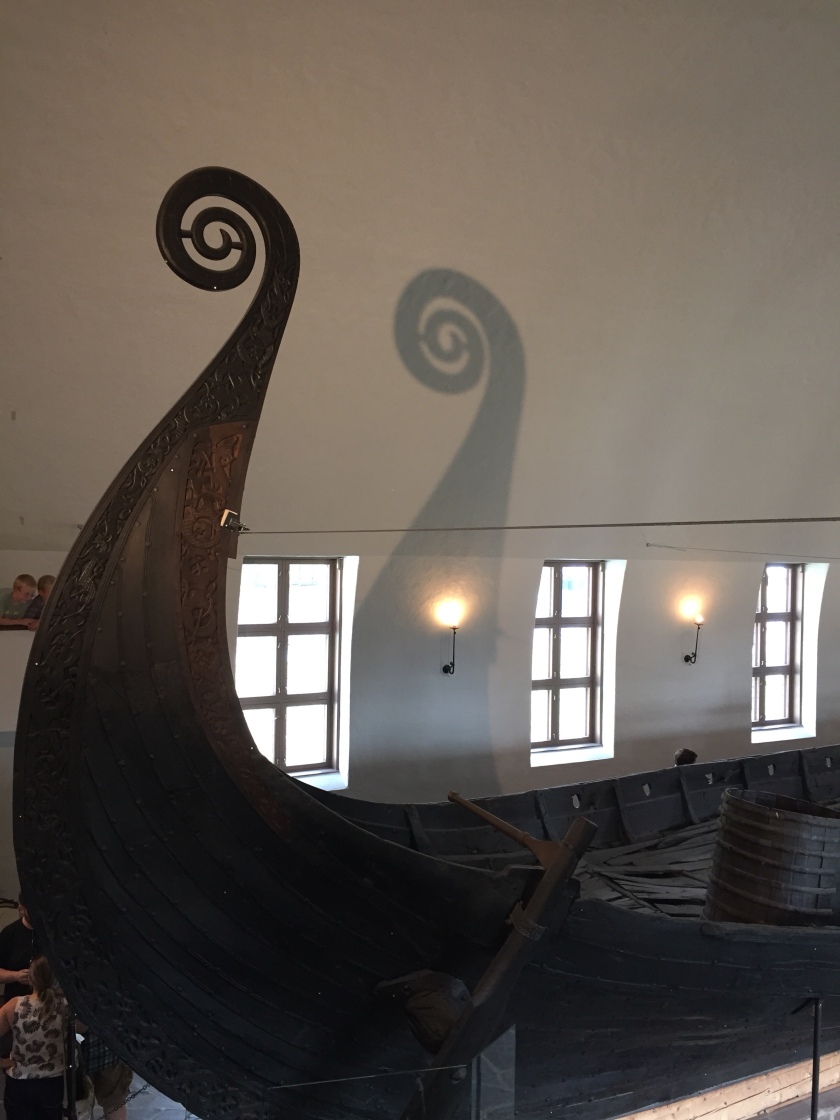 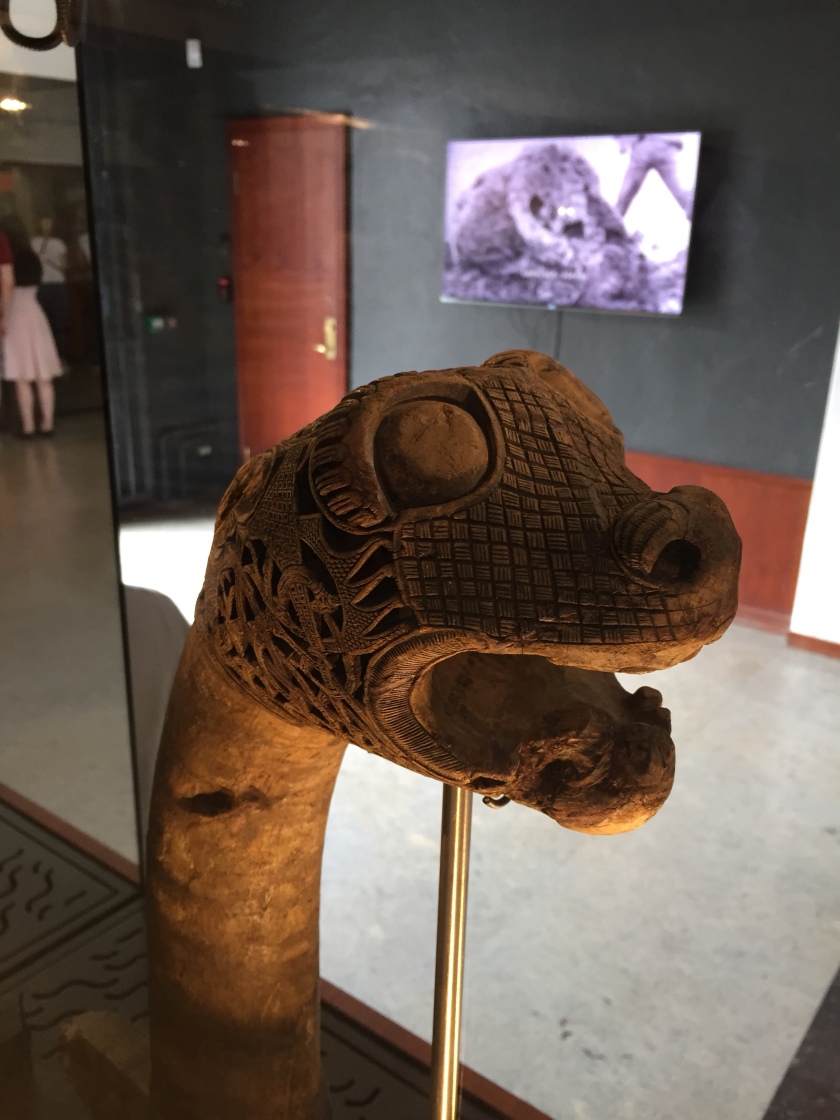 From Oslo we drove south to Gothenburg in Sweden to stay the night, to begin our trip back home.

We drove down to Copenhagen, the capital of Denmark the next day and we crossed the bridge connecting Sweden and Denmark by road. We stayed one night at my host parents’ nieces’ apartment, who lives in Copenhagen. She showed us around the city during the evening, and we visited the Little Mermaid statue and the colourful houses of Nyhaven.

The next day I set off to explore more of Copenhagen for myself. Firstly, I visited the National Museum of Denmark, which was one of the best museums I’ve ever visited.

I spent hours just wandering through the prehistoric section, which covered the history of prehistoric man in Northern Europe. It was really engaging and the collection was amazing. 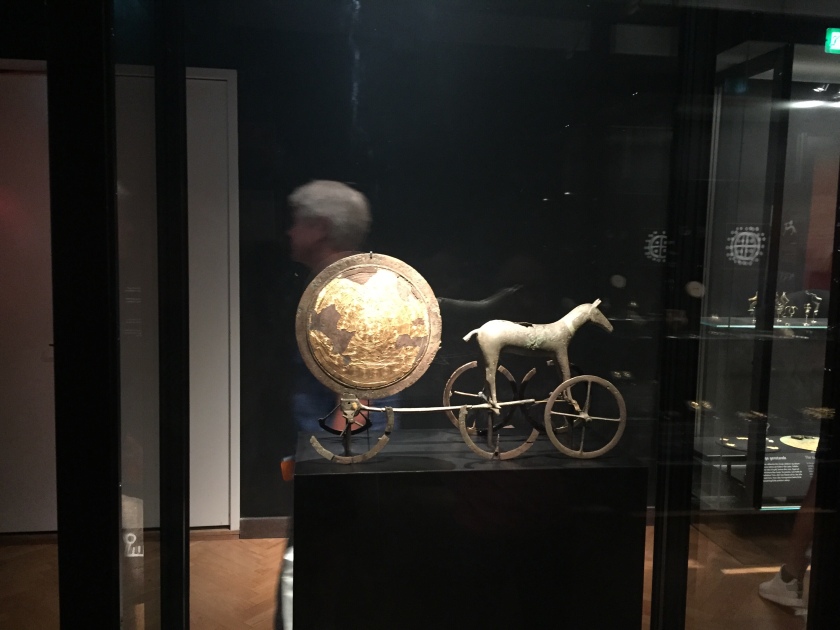 I then walked from the museum into the city centre and accidentally actually ended up in the Freetown of Christiania. The Freetown is a super strange piece of Copenhagen’s culture and something I’d been wanted to see anyway.

Basically, there’s a section of the city which, since the early seventies, has been squatted in by a group of hippies (about 1000) who have declared the area independent from Denmark.

It’s a strange place, divided from the city through archways and covered in urban gardens and graffiti, as well as a street known for pot dealing, which should be illegal in Denmark. The whole area was crowded with tourists and is one of the main attractions to see in the city. A totally unique place in the heart of Copenhagen.

We travelled out of Copenhagen that night and spent the last night of our holiday on an island in the south of Denmark, ready to ferry to the north of Germany the following day and undertake a long drive home.

The trip through Northern Europe and Scandinavia was an awesome experience, and I’m now totally entranced by the idea of returning to further explore Norway. I’m super thankful that my host family was cool enough to bring me along.